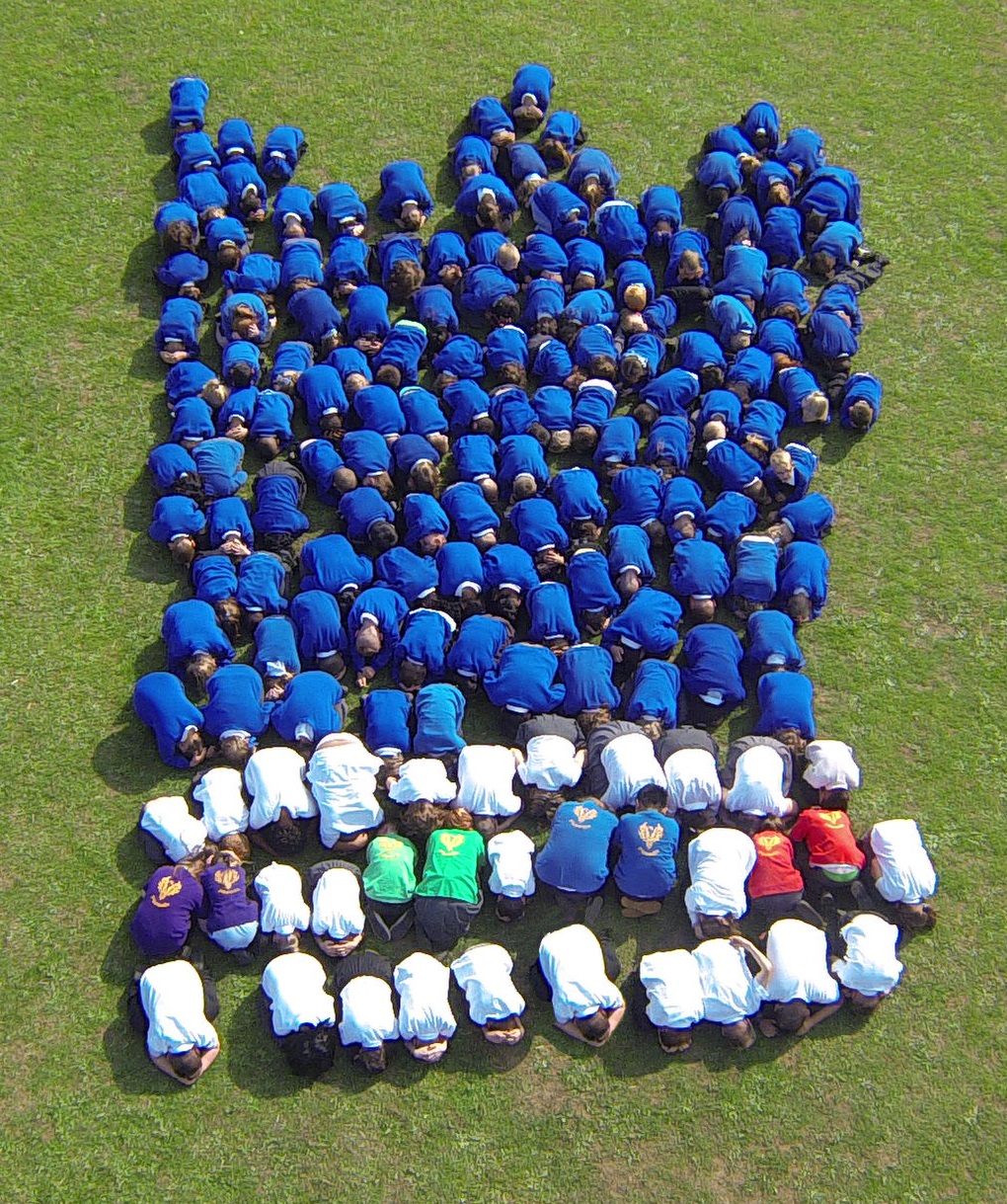 On Wednesday 9th September, the children of Phoenix Community Primary School celebrated the longest reign of a British monarch - an incredible 63 years and 216 days (that'a almost as old as Mrs Drake!)

Mrs Geering delivered an assembly to the children in which she talked about the Queen's life and her reign. The children also learnt about the National Anthem and occasions in Britian when this is sung.

After the assembly, the children gathered on the school field where Mr Garvey had marked out a picture of a crown for the children to make using their bodies (think Art Attack or Mister Maker, depending upon your age).

Mr Rogers of AV Creations (the husband of our very own Mrs Rogers) came in to school to photograph this pitcure using his aerial drone.